Try August Table And Get 15% Off 👉 Use Code: TRYAUGUST

This past week I’ve been noticing beauty in many things from the mundane to fabulous, from the specific, faded color of blue on a shed to snow-covered ghost trees on the mountain, and fireworks over the ski village at night.  There was a chihuahua named Princess dressed in pink sitting in front of us on the plane – cool?  Maybe…  She was better behaved than some.

This got me thinking about things that inspire in general.  I thought I’d pull together some cool shiz from this week and beyond.  Enjoy.

On a plane a few weeks ago in the American Way magazine on American Airlines, I read a short piece on Jon Almeda’s tiny pottery.  I was intrigued and checked out his site.  They are gorgeous.  I love anything in miniature.   Here are a few images from his instagram page, which I love – tiny, beautiful pottery inside fruit! 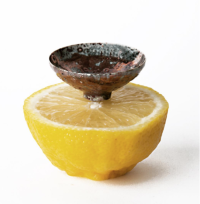 I had never heard of Snow Ghost trees before my love used that moniker when we were atop a ski mountain in Idaho in January.  The sheer beauty coupled with the name has left a haunting impression on me. They are quiet, with grace and beauty.  I could look at them all day.  Apparently they are covered in heavy accretions of ice, called rime, instead of snow. 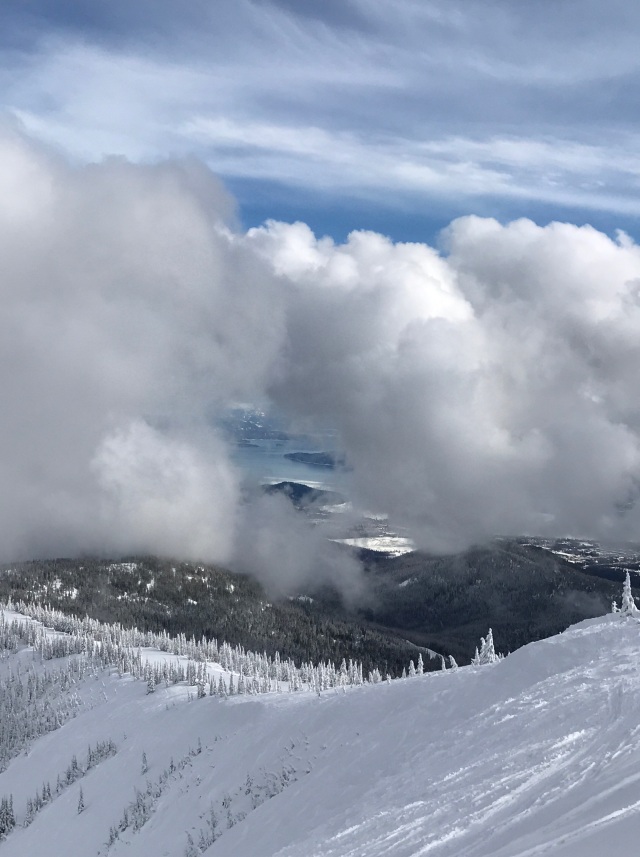 Doughnuts.  Who doesn’t love a doughnut?  Have you tried a gourmet one?  Boston has Blackbird Doughnuts, which creates unique gourmet doughnuts and uses brioche dough for their raised doughnuts and old fashioned recipes for their cake doughnuts.  Is your mouth watering yet?  Here are a few images taken from their instagram page.  Shiz is getting real. 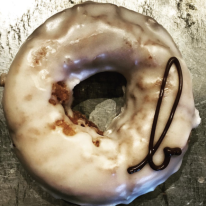 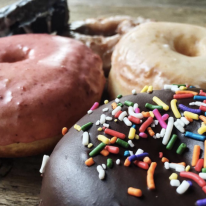 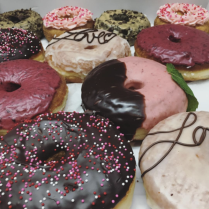 4. Fireworks on a Ski Mountain

I believe I have only ever really seen fireworks annually on July 4th or at least in warmer months.  This week during our February break from school we got to see these lovely fireworks over the ski village at Schweitzer as the snow came down. It was magical.  I took a little video so you can see them too, complete with snow ghost trees in the background.

I will close with pictures of Princess, of course.  When I asked what her name is, her lovely Russian owner said Princess in a low sultry voice, barely acknowledging me or making eye contact, which was pretty cool too.  Princess remained aloof.

Carrie Allen created this site as a way for people to share stories about things they love. Read more about her inspiration here.